Get Loose Or Get Lost 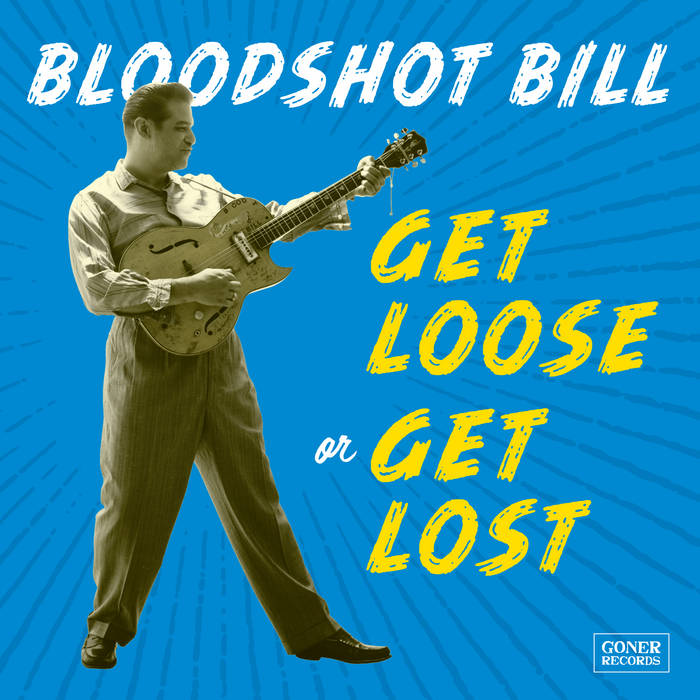 For nearly twenty years, Bloodshot Bill has shouted, snorted, cooed and crooned his way through the wild shadowland of primitive rock and roll, touring the world and collaborated with heavyweights like Jon Spencer, King Khan, the 5678’s, Shannon Shaw, and Deke Dickerson. Seventeen albums and over two-dozen singles later, this unstoppable Montrealeño has not slowed his manic touring and recording schedule one whit. He’s a seminal punk, a true wildman who blazes his own path to honky tonk hell with a bottomless repertoire of desperate rock and roll and insatiable R&B. That means he knows a lotta songs -- not that he doesn’t wear pants. But on the right night, who knows!

This is Bloodshot Bill's second album for Memphis’ Goner Records. He will be touring everywhere, continuing his twenty-year rampage with a new record and a new slew of shows. DO NOT MISS IT!

NAMED "ROCKABILLY ARTIST OF THE YEAR: MALE" at the 2020 Ameripolitan Awards!

He’s a throwback to the wild 50s/60s; part Stompin’ Tom, part Charlie Feathers, part Elvis, part Hasil Adkins, and these 16 tracks of his one-man primitive rock and roll pretty much cements him as a
bona-fide legend. -50thirdand3rd.com

Bloodshot Bill started in Montreal in 1998, with just a guitar and a stomp board. Since then, he's had over 35 releases throughout Europe, USA, and Canada. Touring constantly, he has collaborated with such acts as The 5678's, Jon Spencer, King Khan, beat poet Charley Plymell, Mark Sultan, Deke Dickerson, and Shannon Shaw. Plays well with others but is known mostly for his One Man Band act. ... more

Bandcamp Daily  your guide to the world of Bandcamp

Featuring Gary Bartz, 5 years of Rhythm Section Intl and an LP of the week by Nicolas Jaar